The Test Optional Movement Is Accelerating 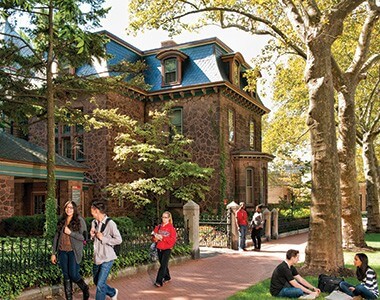 More than 1,000 colleges and universities have discontinued the requirement that applicants submit SAT or ACT scores. The pace at which schools are adopting test optional policies is accelerating. Scott Jaschik, writing for Inside Higher Ed, notes that, “When the movement started, most of the competitive schools that went test optional were small liberal arts colleges. But new institutions in 2019 have included a number that have competitive admissions and are much larger than the original liberal arts college cohort.”

You might wonder what’s behind the test optional movement of the last decade. The tests themselves have performed their function reasonably well since the 1950’s and the great majority of institutions required them. Why change now?

Reasons for the Test Optional Movement

Fairness — Many colleges go test optional due to concern that the tests reflect a linear relationship with socioeconomic status. They drop the test requirement to remedy the bias that can harm otherwise qualified minority and low-income students.

Marketing — Another reason that colleges shift to test optional admissions is to enhance their recruiting programs in a competitive market. The more applicants from whom they can elicit applications, the more selective they can be in choosing students of the highest quality for their freshman class.

Rankings — Administrators have a third reason for dropping test requirements. It can raise their position in college rankings. When test score submission is optional, average test scores for an institution rise because only students with high scores submit them. High test scores are a positive factor in rankings. Even more importantly, test optional policies encourage more students to apply to a school. Since freshmen class sizes are stable, the result is a decline in the admissions rate. This lowered rate means the school is likely to be ranked higher than it previously was.

Hampshire College — A few years ago, Hampshire College in Massachusetts stopped accepting test scores. The college has since discovered that without scores, it has admitted freshman classes that are more highly qualified by other measures than its previous classes. An unfortunate result of Hampshire’s no-test policy, however, is that U.S. News & World Reports dropped the school from its rankings because test scores are a required data element in its ranking algorithm. Hampshire is still unranked. No college should suffer a recruiting setback because they made what has proven to be a beneficial change to their admissions policy.

The University of Chicago — Chicago went test optional last year. This signaled to other research universities that the efficacy of standardized testing is in decline. According to the Washington Post, the change by Chicago, “Cracked what had been a solid and enduring wall of support for the primary admission tests among the two dozen most prestigious research universities.” Inside Higher Ed’s most recent poll of admissions leaders found that a majority believe that Chicago’s decision is influencing other institutions and 17% said that the decision was prompting a reconsideration of their own policy. Chicago’s decision also made clear that colleges that go test optional aren’t just trying to raise their rankings. Chicago has no need to do so. It’s admissions rate, at 7%, is the fourth lowest in the country. The school’s SAT scores have been excellent; 75% of 2017 freshmen scored at least 1480 out of 1600.

Guiding You to Acceptance at the Colleges that Fit You Best

Every student is unique, but few high school guidance counselors can provide the personalized attention that you need. That’s why Louis Educational Consulting can have a substantial impact on your future. By getting to know you on a personal level, we identify your academic strengths, interests, preferences, and goals. Colleges seek students who have solid academic credentials but who also stand out from the crowd in other ways. Louis Educational Consulting gives you the edge you need to succeed in meeting your educational goals.